Skip to content
Glades Electric Cooperative About Us Our Story 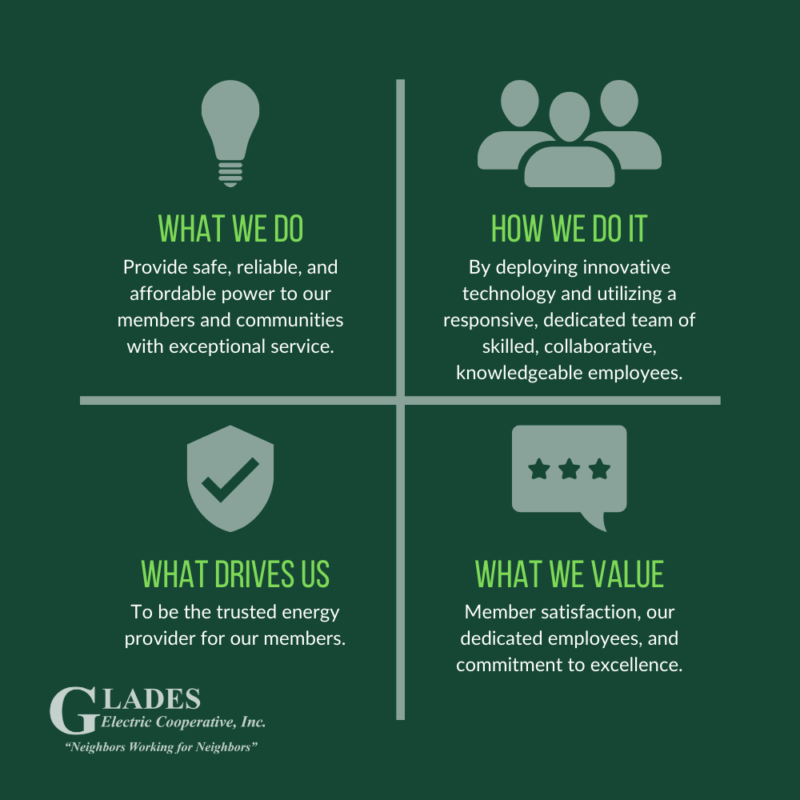 In the early 1940s, investor-owned utilities were unable to make the investments to expand their systems into the rural areas of Florida’s Heartland to bring power to sparsely populated areas. The signing of the Rural Electrification Act in 1936 allowed residents to come together to build their own electric utility with the help of federal loans. In the fall of 1944, local residents banded together to form an electric cooperative to serve residents of Florida’s Heartland who had been left behind in the electrification of rural Florida. Neighbors went to neighbors to gather membership applications, and on January 25, 1945 they gathered on the steps of the courthouse in Moore Haven to officially form Glades Electric Cooperative.

Today, Glades Electric Cooperative provides power to more than 17,000 accounts over 2,600 miles of line in portions of Glades, Hendry, Highlands, and Okeechobee counties. We are based in Moore Haven, Florida with a satellite office in Lake Placid.

We’re proud to be a Seminole Electric Cooperative member. Seminole maintains a diversified portfolio of resources for electric generation for its member distribution cooperatives and will reduce carbon dioxide emissions from its generation facilities by 36% by 2024. 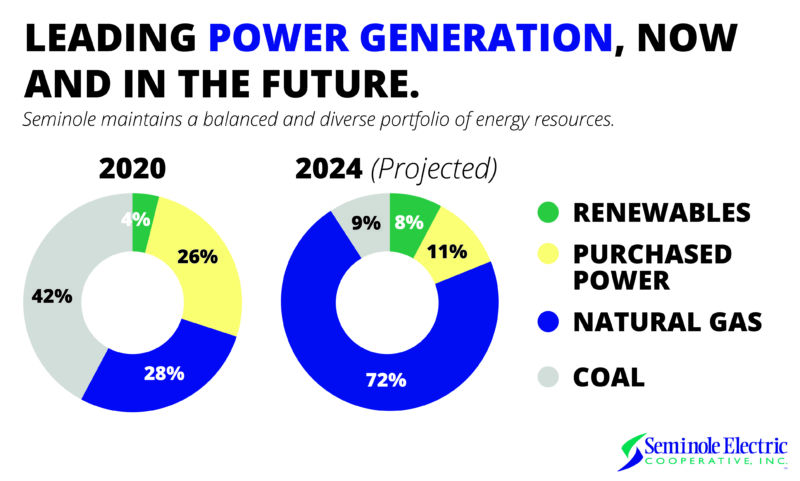 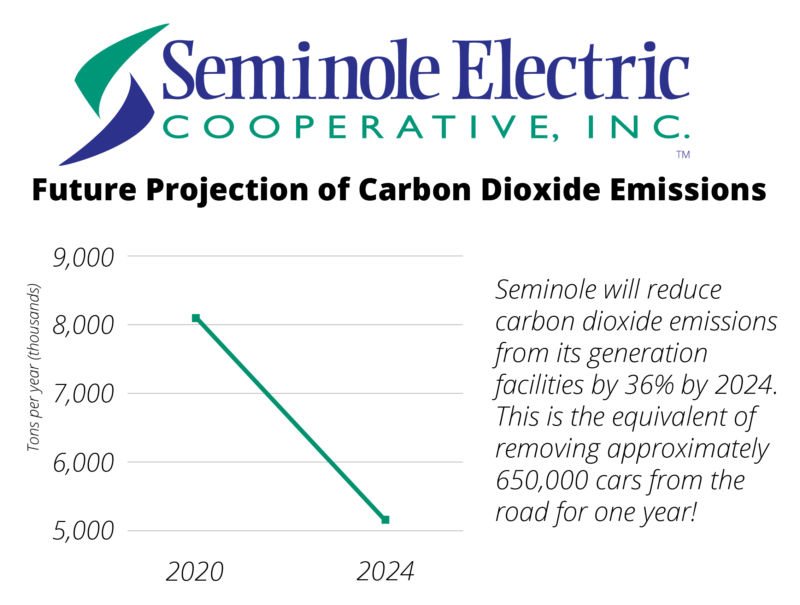 Learn more about Seminole and their carbon dioxide reduction efforts.

Unlike investor owned utilities, Glades Electric Cooperative is a not-for-profit corporation operating on an at-cost basis. Rates are set to generate enough money to pay operating costs, make payments on any loans, and provide an emergency reserve. At the end of each year, operating expenses are subtracted from operating revenue collected. The balance is called an operating margin. Margins are allocated to members as capital credits based upon the amount of power the member purchased. Later, as financial conditions permit, these allocated amounts—capital credits—are retired. Capital credits represent the most significant source of equity for Glades Electric Cooperative.

Since a cooperative’s members are also the people the co-op serves, capital credits reflect each member’s ownership in and contribution of capital to the cooperative. This differs from dividends that investor-owned utilities pay shareholders, who may or may not be customers.